How to Fix GIT PUSH ERROR: insufficient permission for adding an object to repository database .git/objects

I use git for all my projects and I have an on-premise git server in my company. This git is hosted on a Linux server. All developpers have a user account on this Linux machine attached to the developers group. My Jenkins server for CI/CD also has its own account on this Linux. My problem occurs when I make a Maven Release which tags source code on git, upadte project version on my pom.xml file and push it on git. I often have write permission issue. Let's do a small disgnostic. I open an ssh terminal on my git Linux with Jenkins account. I nagivate to a repository (a /opt/git/ subfolder - depending on your installation). Let's create a dummy file and check its ACL. cd /opt/git/my-project.git touch test ls -lisa test -rw-r--r-- 1 jenkins developers 34618 june. 23  2020 test We can see that only the owner can modify this file. Other uiers from the developers group could only read it. That's the problerm : we have to set default ACL on this folder. Okay, let&
Read more

February 21, 2020
As I tried to make sudo command from my Ubuntu 18.04 running inside Windows 10 (Yes you can get Ubuntu running inside Windows 10 from the Microsoft Store! Awesome!), I realized I didn't set any password to my current user, which is needed to run a sudo command. So, to do that, you first have to know you current Ubuntu username (asked when you install Ubuntu from the Microsoft store). Suppose your user is alex. We will do : Switch current Ubuntu user to root. To do that, open a Windows 10 Command or Powershell console and run :   ubuntu1804 config --default-user root Open your Ubuntu App (from the Windows 10 start menu). This will open Ubuntu bash in root instead of your user Run 'passwd alex' to set alex password and close your Ubuntu shell Switch Ubuntu back to alex as default user by running the following command from your current Windows 10 Command or Powershell console :   ubuntu1804 config --default-user alex That's all. When you will start again Ubuntn
Read more

Put your Tomcat behind a reverse proxy on CentOS 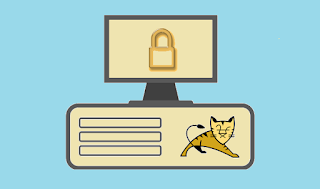 OpenJDK11 not supported by Eclipse? What ?

November 29, 2019
That's I discovered recently. I admit that my Eclipse is a little it outdated. Hopefully, this is a well known bug and you can easily install an official Eclipse extention just like this : Open Help Menu -> Install new software. Add the following URL and you shoud seed a plugin to enable jdk 11 support. http://download.eclipse.org/eclipse/updates/4.9-P-builds Enjoy :)
Read more

June 06, 2019
Jsfiddle is mainly made to test javascript code in a web context (aka with HTML and CSS). But, if you just want to use is to test backend code, you probably want to see results in the console. This can be done by adding the following library to your project : https://rawgit.com/eu81273/jsfiddle-console/master/console.js You can also take a look at this example : https://jsfiddle.net/p24wbehf/1/
Read more
More posts